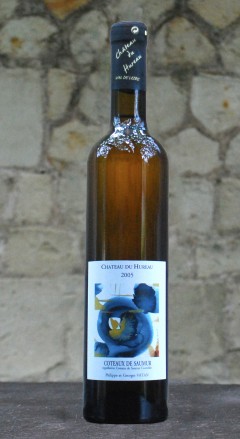 The Coteaux de Saumur shows off another side to the Chenin, no doubt its most prestigious one; its ability to produce what many people would class amongst the best sweet wines in the world; As in Vouvray and Montlouis the grapes grown on the Coteaux de Saumur dig their roots deep down into the chalk, producing wines with a characteristic freshness and liveliness

Coteaux de Saumur is only produced in the greatest years when the grapes are able to become hyper ripe and concentrated thanks to a combination of noble rot, passerillage, sun and cooling winds.

“We must admit that we have a weakness for the Coteaux de Saumur….”
La Revue des Vins de France